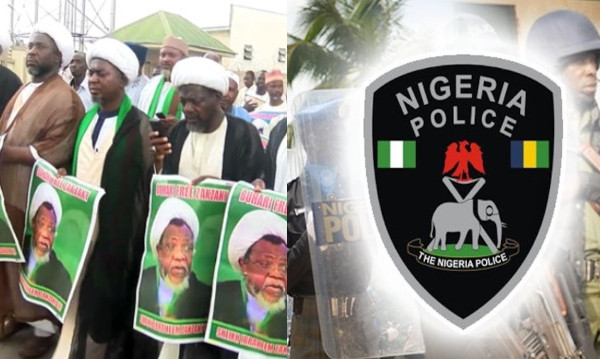 The Islamic Movement of Nigeria served an update on the Ashura procession it engaged in today September 10, across the country. According to the Islamic group popularly known as Shi'ites, 15 of its members were killed in Kaduna, Bauchi, Gombe, Sokoto and others during the procession. Expressing fear that the number may rise, spokesman of IMN, Ibrahim Musa said three people were killed by the police in Kaduna and 10 others injured. “In Bauchi, reports also have it that three people were killed during the Ashura procession when the police attacked the mourners. Likewise three other people were killed by the police in Azare, also in Bauchi state.“Another three people were killed by the police in Gombe, Gombe state.“One person was reportedly killed by the police in Illela, during the Ashura procession there and another person was killed in Goronyo all in Sokoto state.“In Malumfashi, Katsina state also another person was killed. In Katsina town however, several people sustained bullet wounds when the police opened fire on the mourners, not only during the mourning procession, but afterwards as the well- armed policemen attempted to forcibly make their way into the Islamic centre of the Movement.“These casualty figures may however rise due to the fatal gunshot wounds sustained by some of the peaceful mourners.“This year’s Ashura procession was held in all the state capitals of the North and Abuja.“It ended peacefully in Abuja, Jos, Kebbi, Minna, Lafia, Yola, Gusau, Zaria, Kano, Jalingo, Damaturu, Hadejia and Potiskum.“Today’s show of shame and rage by the police across the states was sequel to the tragic orders given to it by the Inspector general of police, Mohammed Adamu to brutally attack the peaceful Ashura mourners.“That the mourning procession ended peacefully in places not attacked by the police is sufficient evidence as to who the instigators of violence are whenever we are carrying out our legitimate religious duties.“We are grateful to Allah the Almighty that has granted us the courage to come out in several cities and villages across the country to commemorate the brutal killing of Ima1m Hussein (AS), the Grandson of Prophet Muhammad (S) as it is done in several cities across the globe, despite intimidation and threats by the federal government and its agents, acting on behalf of the Saudis by proxy.” The Nigerian Police had said in a statement that it will treat the planned procession as “a gathering in advancement of terrorism”.The post We lost 15 members in Kaduna, Gombe, Bauchi during procession today Shiites members claim appeared first on Linda Ikeji Blog.