Former vice president of Nigeria, Alhaji Atiku Abubakar has responded to the ongoing debate on social media over the RUGA settlement the Federal Government earlier proposed in the southern part of Nigeria.

Recall that former Minister of Aviation, Femi Fani-Kayode called out the presidential candidate of PDP during the 2019 election over his deafening silence on the issue.

Reacting, Atiku pointed out that there is no south or north, just Nigeria…

“My position on Ruga is the same as articulated by the Governors elected under the banner of my party, the PDP. My position has been well iterated by our Governors and the PDP is one.

“I will not dignify that threat with a response. There is no North or South. There is just Nigeria.” 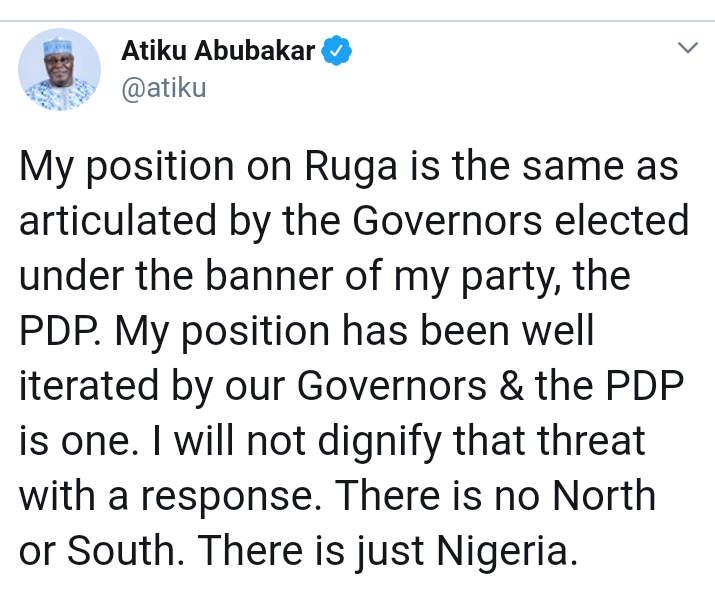