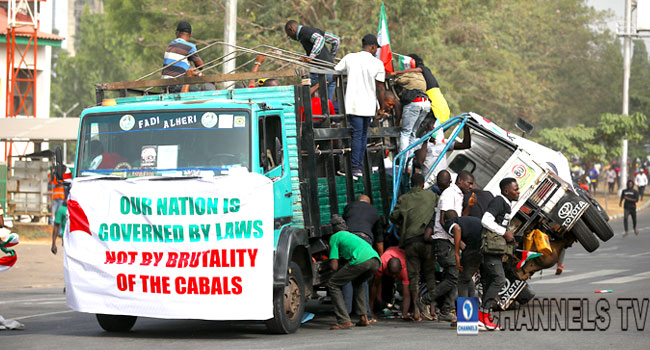 It was a sad experience for some members of the Peoples Democratic Party (PDP) after they were involved in an accident on Monday.

Thousands of PDP faithful had occupied the streets of Abuja and some major cities in the country in what they described as the ‘mother of all protests’.

The protest was against the judgement of the Supreme Court delivered on Tuesday last week in which the court sacked the PDP governorship candidate in Imo State and declared Senator Hope Uzodinma of the All Progressives Congress (APC) and the winner of the March 9 poll.

While the protest went smoothly in some cities, it was a sad event for some PDP faithful in the nation’s capital as two trucks conveying protesters collided.

One of the trucks was stationed at the junction of a major road while the other which was approaching lost control in apparent stunt and collided with the first vehicle.

A number of protesters are feared to have sustained various degrees of injury while it has yet to be ascertained if anybody died in the incident.

See more photos and video of the accident below: 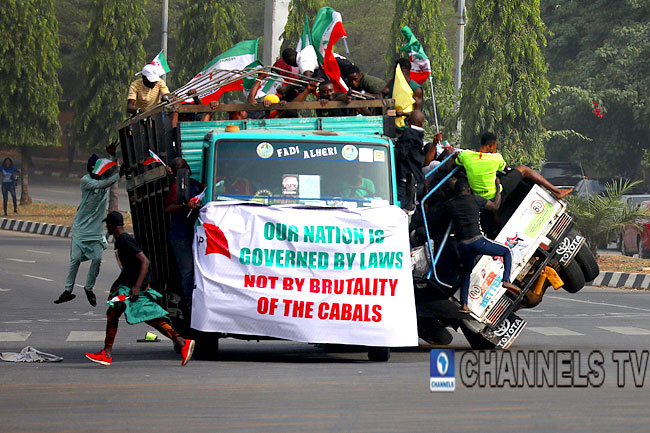 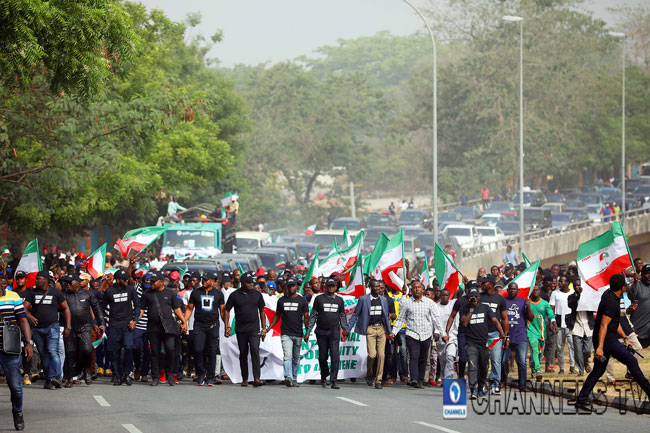 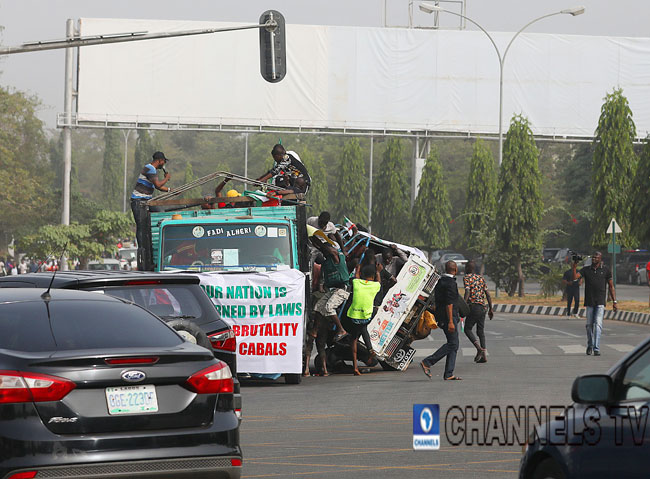 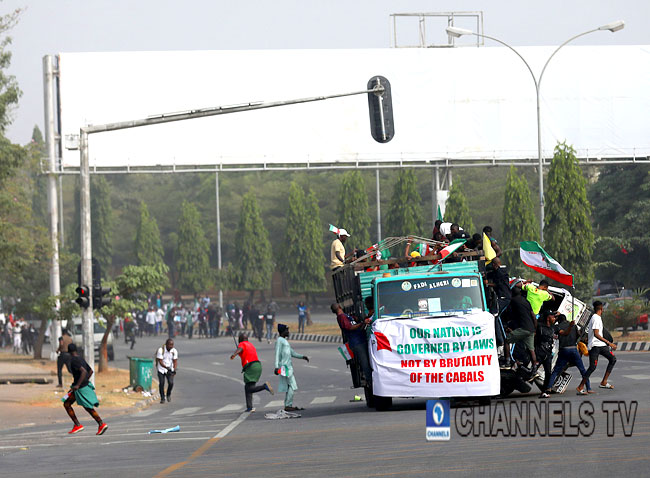