Entertainment N6 accuses his fellow OAPs of sabotage; says they don't want him to be successful as an OAP and a rapper - Linda Ikeji's Blog 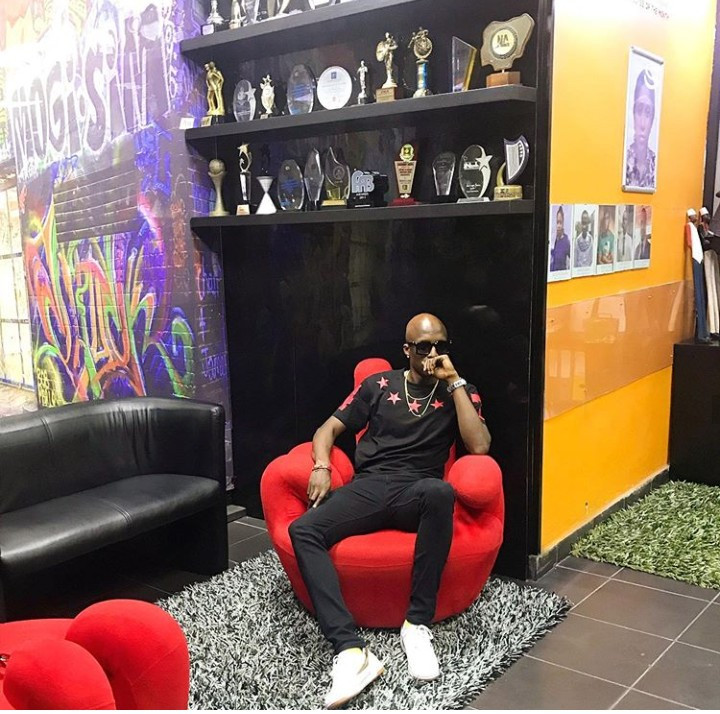 N6 has accused his fellow on air personalities of trying to sabotage him so that he will not succeed as a rapper. The OAP, who works with Cool FM and also doubles as a rapper, said he has noticed that OAPs in other media houses do not support him whenever he drops a new song that needs promotion. He said a number of "these people" who try to sabotage him are people who once worked with him at Cool FM. He went on to narrate how he supports everyone in the industry in their personal endeavors. But when it's his turn, they do everything to frustrate his efforts. N6 says he believes it's because they do not want him to be a successful rapper after being successful as an OAP. He wrote:Hello everyone I rarely do this but Let me open up to y’all on something. So throughout my career I’ve faced several obstacles promoting my Music that I never speak about & my fan base would not really understand. For instance; Do u realize that the average musician can drop a single today & go on Media Rounds to every Radio Station for Instance (mine included) but there are Certain Radio stations that Won’t even allow me Through their doors just bcos I have a Day Job at Coolfm? weirdly most of them in these stations are Coolfm Alumni. If you got issues with my Bosses while yall worked here have the balls to take it up with them. YesISaidIt I have supported several of my OAP colleagues when they Produced films, wrote books, pushed businesses, started fashion, cosmetic & hair lines, promoted their own personal musicians/ siblings etc. But once N6 gets a Buzz & is about to drop Music its like THIS ONE WANTS TO BE BOTH A SUCCESSFUL OAP & MUSICIAN AT THE SAME TIME & ALL HELL BREAKS LOOSE. Its Really difficult doing what has never been done before. Why do I have to give up one thing I love for yall to allow Me be successful at the other... huh? If I was promoting my Brother who was a musician he would have been successful a long time ago. Yall sabotage me all the time but will give me hugs, dms, ask for my help, hang out & even drink from the same bottle.Yall got some Guts. NoCap Im the Guy who Promotes & Supports everybody only to be Sabotaged by my own Industry Time Again. Sadly yall should have Learnt some things about me by now. I am Stubborn AF, I always get my Way. YOU ARE NOT GOD. You Will Move or Get Moved & The internet came to my Rescue What is Destiny can only be Delayed. I will not hide my talents anymore, My Freestyles prove Im Doper than your Faves. Im dropping this album for my fans & well wishers only. No more Self Doubt. I no Dey abeg Anybody Papa. If I have only 100 real fans at my Launch, Im good OnGod Fuck You if you have Ever Hated on Me or had Shit to say about the Kid. SUPPORT OR COMOT FOR ROAD. You won’t be Missed. 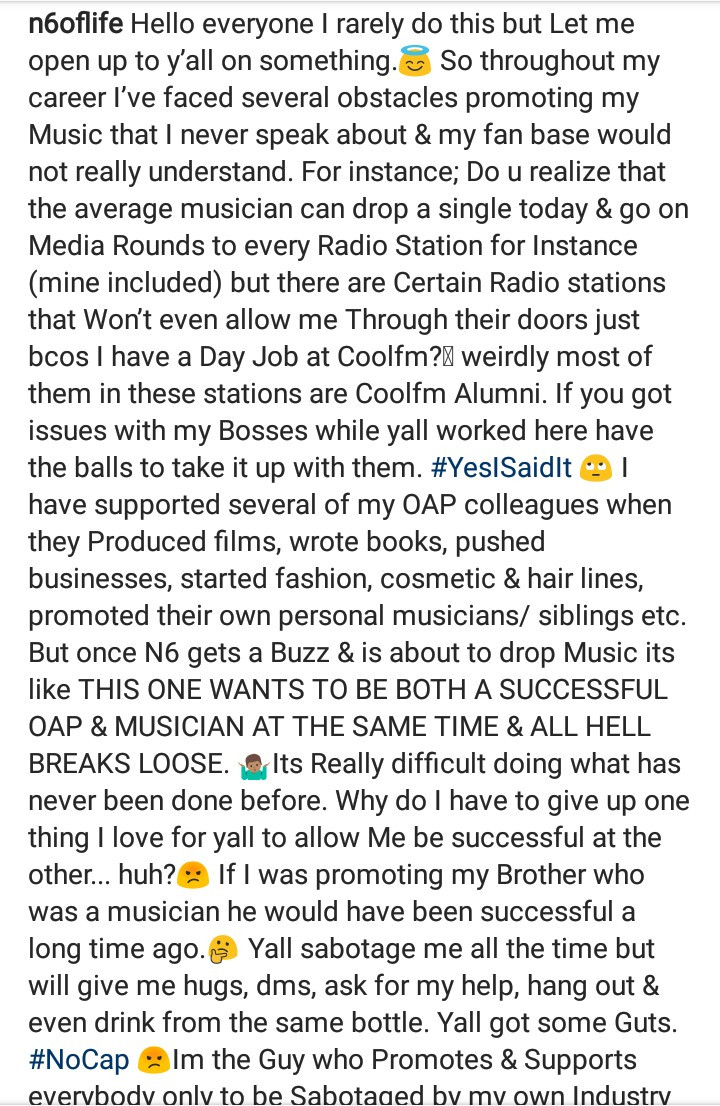 The post N6 accuses his fellow OAPs of sabotage; says they don't want him to be successful as an OAP and a rapper appeared first on Linda Ikeji Blog.