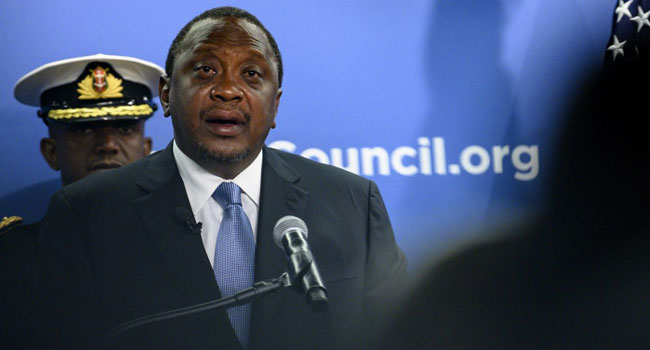 Kenyan President Uhuru Kenyatta on Wednesday ordered a nighttime curfew to curb the spread of the coronavirus, while taking a massive pay cut and unveiling tax breaks to ease the economic impact of the crisis on citizens.

In a lengthy address to the nation, Kenyatta warned he would not hesitate to take “more drastic measures” if Kenyans did not make efforts to limit the spread of the virus which has sickened 28 in the country.

“Effective Friday 27 March 2020 there will be a daily curfew from 7 pm to 5 am,” across the country, Kenyatta said.

This would exclude those authorised to move around such as medical professionals and critical and essential service providers.

Referring to the fight against the virus as an “ongoing war”, Kenyatta made a series of announcements to ease the anxiety of millions fearful of income loss in the East African hub.

He ordered 100 percent tax relief for people earning a gross monthly income of up to 24,000 shillings ($226, 209 euros), considered the average salary in Kenya.

Kenyatta allocated $94 million to the elderly, orphans and “other vulnerable members of our society” to cushion them from the economic effects of COVID-19.

He also called for the suspension of certain loan repayments and ordered ministries and government departments to pay $122 million in pending bills.

Kenyatta also allocated $9.4 million from the universal healthcare kitty towards the recruitment of additional health workers.

The president himself — who earns around $15,000 a month — said he was taking an 80 percent pay cut, as was his deputy, while cabinet ministers are taking a 30 percent pay cut.

“I call on the other arms of government and tiers of government to join us in this national endeavour by making similar voluntary reductions which will free up monies to combat this pandemic,” he said.

Kenya recorded its first case 12 days ago, and Kenyatta announced that one of the 28 who have fallen ill has recovered.

However, concerns are high that the virus is spreading unnoticed after cases of travellers from Kenya testing positive have cropped up in Rwanda and Uganda.

A senior health ministry official told AFP that the country has around 200 ICU beds, but around half are not operational.