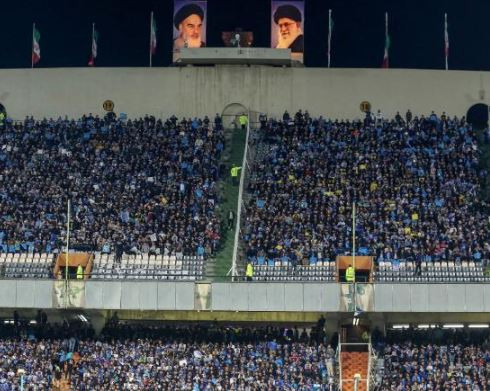 An Iranian woman who was denied entry to a football stadium in Tehran has died after setting herself on fire. Human rights organization, Amnesty International said Sahar Khodayari, 29, faced charges of "appearing in public without a hijab" when she attempted to enter the stadium "dressed as a man. She was stopped from entering when the stadium's security guards discovered she was a woman". Khodayari appeared in a Tehran court last week and when the case was adjourned she poured gasoline on herself and lit herself on fire. She died on Monday September 9. Iran's ban on women attending sports stadiums was put in place shortly after the 1979 Islamic Revolution. HRW said in a statement.. "Sahar's tragic arrest, jailing, and suicide attempt underscore the need for Iran to end its ban on women attending sports matches and the urgency for regulating bodies like FIFA to enforce its own human rights rules," Amnesty and Human Rights Watch (HRW) said in a statement before the news of her death.Sahar was suffering from bipolar disorder and her time spent in jail made her condition worse, her sister reportedly told Iranian outlet Rokna in an earlier interview. In a statement, FIFA said: "we are aware of that tragedy and deeply regret it. FIFA convey our condolences to the family and friends of Sahar and reiterate our calls on the Iranian authorities to ensure the freedom and safety of any women engaged in this legitimate fight to end the stadium ban for women in Iran."The post Iranian woman who was denied entry to a football stadiumdies after setting herself on fire appeared first on Linda Ikeji Blog.